The affiliate networks we work with and why we chose them

Affilired works with some of the best global affiliate networks.

However, before moving on to the networks, it is perhaps a good idea to start with some basics to remind ourselves just what affiliate marketing is, and who are its key players. Affiliate marketing is both a digital marketing strategy and a monetization mechanism. It promotes a win-win relationship between advertisers and publishers, whereby publishers are responsible for promoting on their website the advertiser’s products or services, in exchange for a commission for each sale.

Affiliate networks play an essential part throughout the whole process, they are the platforms that act as intermediaries between the advertiser’s campaigns and the publishers who promote programs in order to earn extra money. It is also important to highlight the role that the affiliate agency plays this process, since it facilitates, simplifies and optimizes the work of the advertiser.

Now that we are clear about what they are, and what role they play, it is time to move on to the matter on hand and learn about the features of those affiliate networks with which Affilired works.

A Dutch dealership network founded in 2007, with the broadest coverage in Europe, it currently has 24 offices in 15 countries. It’s also the only Western network working in EMEA (Europe, the Middle East and Africa).

Why do we like it? It is one of the first networks to set up an entire service API where it is possible to manage all the content automatically (sales, offers and coupons, affiliates). This has allowed us to optimize all Affilired operations with their different networks. In addition, each country has a dedicated account manager who follows the evolution of each program.

It emerged in 2017 from the union of Zanox and Affiliate Window. Thanks to this merger, Awin consolidated itself as a global network, strengthening its position in Europe and due to its acquisition of ShareASale in the same year, it also strengthened its position in the USA as well.

Why do we like it? For its organization and experience in the world of affiliates. It offers a lot of extra content like current news relating to the world of affiliates, of interest to both publishers and advertisers/agency. It also stands out because of the presence of its highly qualified account managers as well as offering a very well-defined reporting system.

Founded in 2000, ShareASale is the most popular US affiliate network. In 2017 it was acquired by Awin Group, creating great benefits for both companies, the merged ensured is can offer bigger and better solutions for advertisers and publishers based on their individual needs.

Why do we like it? ShareASale was conceived to be a fully automated network with the least possible human intervention, a platform perfectly designed to meet the demands of publishers, advertisers and agencies. From the very beginning, it had a full-service API, where it was possible to manage all the content automatically, this has allowed us to optimize all Affilired operations in their different networks.

A global affiliate network that has been in operation since 2005 with 6 offices in Spain, France, Germany, the United Kingdom and the USA.

Why do we like it? For the personalized attention of their account managers and for its rapid evolution. It has expanded its API services, allowing all the content to be managed automatically (sales, offers and coupons, affiliates) thus allowing us to optimize all Affilired operations and automatically manage many more programs.

Founded in 2007, it is the only Chinese affiliate network that offers complete coverage throughout the entire Chinese region. It is the best option for all those companies wanting to expand their business in China.

Why do we like it? Because of its presence and experience in one of the most complex markets in the field of affiliation: the Chinese market.

Although they work with different sectors, this network specializes in the tourism sector. Promoting both hotel chains and independent hotels, airlines, ferries, cruises, experiences…

Why do we like it? Although it is one of the youngest networks, it has been able to evolve very quickly in a constantly expanding market such as the one offered by Asia.
It also stands out for the fluid communication we have with its Account Managers. 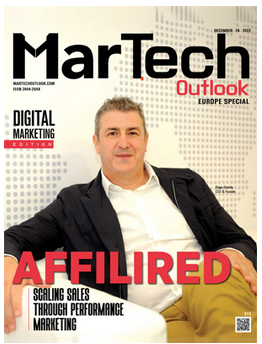 Tips to increase sales this Black Friday with Affiliate Marketing